Lodging Along the Lake Michigan Shore 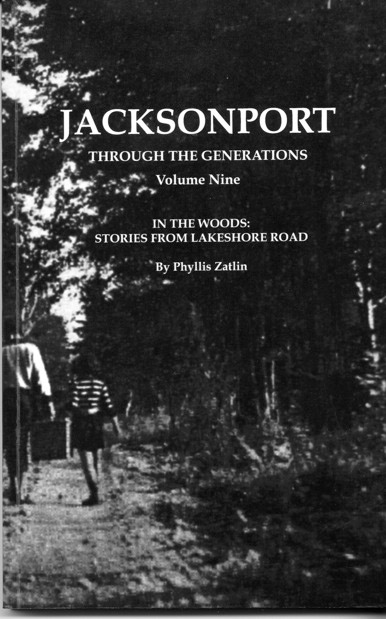 In an article published in June 1950 in the Green Bay Press Gazette, Betty Hanson called Jacksonport unique because it had no resort hotel and yet attracted a large summer population of people who owned or rented cottages. She described the vacation homes as being concealed "in the deep woods that line the lake front" where families could enjoy privacy, quiet, and "the choice company of congenial neighbors." A decade later Lucille W. Reynolds observed that demand had grown steadily for rental cottages along the shore. Many tenants "returned year after year to the same cottages to spend their vacations."

"For a forty year period, starting in the 1940s, Lakeshore Road was home to a cluster of small rental cottages and a bed & breakfast. At some point there may also have been a Pioneer Inn, located on Jorns Road just beyond Lakeshore. Marlene Mueller Larson, whose family in the 1940s bought the Gaspard Cote house on Hwy 57, vaguely remembers biking in the early 1950s past such an inn that no longer exists; the large house on the lake, off Jorns Road, has more than one patio and could well have been such a lodge. "

"Today that kind of clustered rental property, still available in the village, has disappeared on Lakeshore Road. At present some individual homes are offered routinely or sporadically to renters. Notable among regular rental properties are three houses belonging to Rich and Carolyn Sommer of Stevens Point: Shadows of Seagulls (6102), Same Time Next Year (6048), and It's All About the Lakeshore (6018). The Sommers, who own additional rental properties in the state, bought these cottages in the first decade of the twenty first century. "

" 'Shadows of Seagulls' " was purchased from Dorothy Ferg; the title of her poetic book about her shore experiences is repeated in the name the new owners chose for the house. In 2003, Bob and Terri Esposito sold them the red cottage (6048), with the statue of the little fishing bear they had placed out front. At the time, the Espositos had just purchased the white vinyl足sided house at the end of the road (6000) from Ted and Pat Mocks. "

-From Jacksonport Through the Generations, Volume Nine      auth.: Phyllis Zaitlin